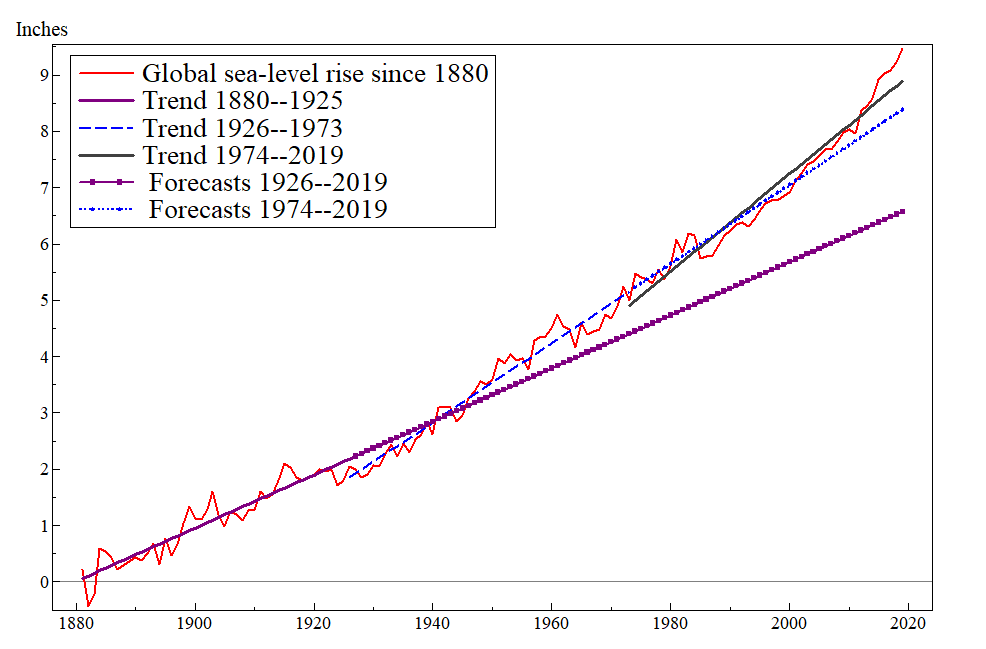 Why are econometric methods so appropriate for empirical modelling of climate time series? A forthcoming paper “Econometrics for Modelling Climate Change” by Jennifer Castle and David Hendry provides the answer: climate change is occurring at an ever increasing rate so must use modelling tools able to handle many forms of shifting changes.

The above figure of global sea-level rise since 1880 illustrates. The annual rise is now 0.14 inches versus 0.05 inches annually over 1850-1992 (a 180% increase). While such changes may not be noticeable to beach goers even over a lifetime, the cumulative rise will cause considerable coastal flooding with damage to property and infrastructure, as well as exacerbate storm surges.

There is evidence this is already happening as witnessed when Hurricane Katrina decimated the coastline of the Southern USA, resulting in an unprecedented storm surge that reached 30 feet high. 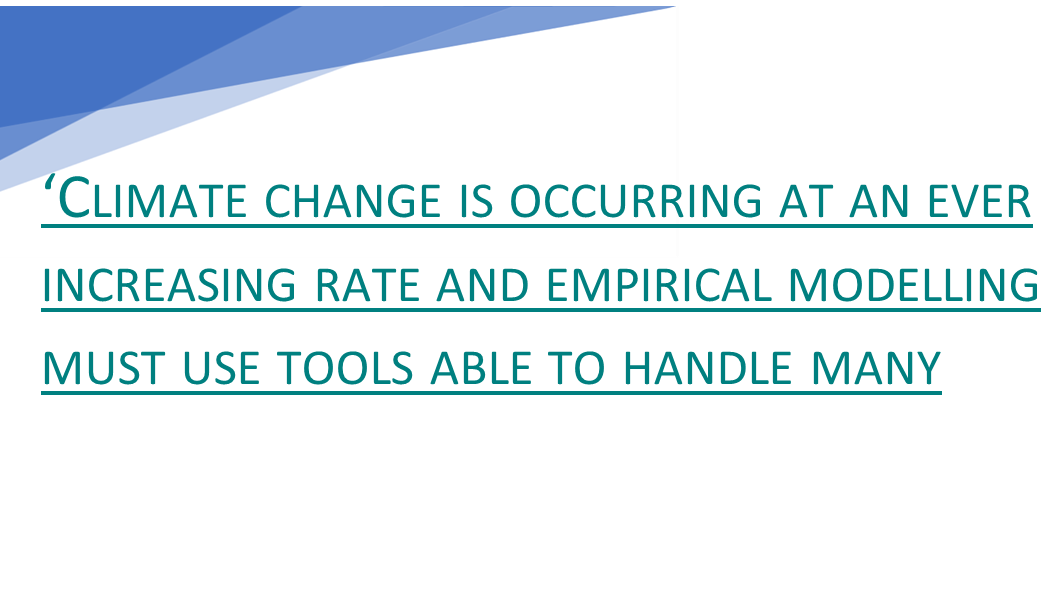 In fact, all the fitted trend lines in the graph under-shoot future outcomes for sea-level rise. The changes are changing. Indeed, as shown, even by 1920, the rate of sea-level rise was increasing and the trend rate over 1860—1920 would have predicted a 6.5 inch rise by 2020, whereas the outcome was more than 9.5 inches—almost 50% higher.

As their paper explains, Climate Econometrics has developed empirical modelling approaches that can handle ever changing trends, or other shifts. A recent, if unfortunate, illustration is using an econometric model to estimate the terrible costs of Category 4 Atlantic Hurricane Ida that not only ravaged the same coastal region near where Hurricane Katrina hit, but days later inundated New York and surrounding States with even more damage and loss of life.

If we are to better understand the changes taking place and what impact they will have, it is imperative we use all the tools in our arsenal. An interdisciplinary approach is vital.

This is what makes Climate Econometrics unique. The anthropogenic forces studied by Climate Scientists can be better understood when paired with econometric models. It does not need to be one or the other. A combined effort that will “further improve econometric research on human responses to climate variability” is necessary to determine which mitigation policies work best in the aim to achieve net zero.