Human migration and its causes can be a contentious subject. People choose to leave their homes for a variety of reasons, from pursuing economic gain to seeking refuge. So it makes sense that anthropogenic climate change could be yet another causal factor in the great migration debate.

Is there enough convincing evidence to support this? A new paper by Lisa Thalheimer, Friederike Otto, and Simon Abele suggests not yet.

“Deciphering Impacts and Human Responses to a Changing Climate in East Africa“ reviews existing academic research to determine whether a link between human mobility and anthropogenic climate change exists in this particular region.

Most of the studies included use different methods, but they all approach the question with the same assumption – that anthropogenic climate change is already affecting human mobility. 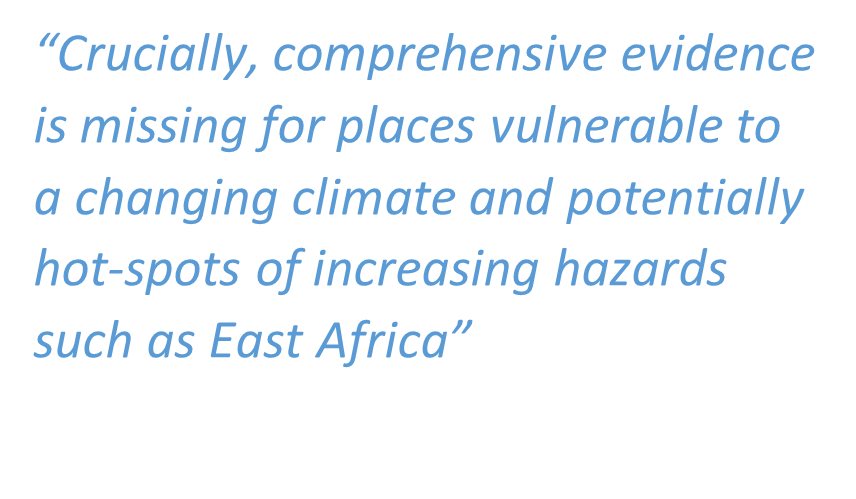 This is not supported by the data. The climate data used in the studies is not only inconsistent, but it also does not currently provide substantive evidence that human mobility in East Africa is impacted by any one observed climate event or overall climate change trend.

The authors state that “Crucially, comprehensive evidence is missing for places vulnerable to a changing climate and potentially hot-spots of increasing hazards such as East Africa”.

It is all too easy to imply that human migration is caused by anthropogenic climate change if there is a pre-conceived belief that it must be true. The problem is this can miss or ignore other drivers which might be just as, if not more important so far.

Hence, it should come as no surprise that human migration is multicausal. However, the lack of data on various “contextual factors” (i.e., conflict, social norms, land use practices) – which themselves could be influenced by climate change – leads to what the authors state is “an oversimplified conclusion on climate mobilities”.

This certainly does not mean the case is closed and climate change plays no part.

Rather, using a broader range of data and utilising the expertise from different disciplines such as econometrics can help to disentangle the drivers of human migration and offer new insights into the debate.

However, while these methods can assist in providing answers to any links between past extreme weather events and human migration, the challenge of determining whether anthropogenic climate change drives these trend changes in the future remain.

The authors argue that combining the statistical methods used in econometrics with extreme event attribution (EEA) could be a promising way forward.

Better understanding whether anthropogenic climate change has contributed to the severity and probability of extreme events can act as a building block to then using statistical methods to attribute those events to migrants or displaced people affected.

What drives human mobility and whether climate plays a part, not just in East Africa but globally, is an important and timely question as seen in the recent floods in Western Europe and extreme temperatures in North-Western America.

With current research not yet able to provide convincing answers, a new cross-disciplinary approach is needed. It could provide the evidence that has so far alluded researchers.